Varieties of truffles available this week (on order):

(ask for our professional rates) 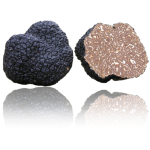 from October to March about 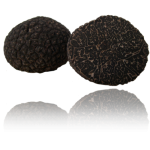 from December to March about 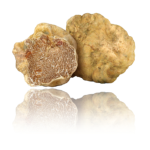 from September to December about 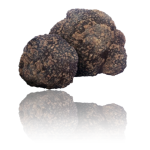 from September to January 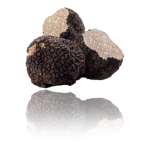 from April to October approximately

Advice for the conservation of the truffles :

The truffle can be kept for about 7 to 10 days in the refrigerator, in a hermetic box (tupperware type) so that the smell does not impregnate the other food, It must be wrapped individually in absorbent paper and change every day in order to avoid humidity.

Before eating, clean with a small brush and a little cold water.

Consume it as quickly as possible to fully enjoy its flavor 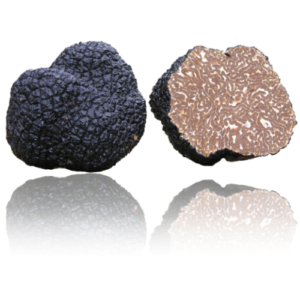 The truffle of Bagnoli is harvested in the months from October to March, in limestone, clay, soil forests rich in Oaks, charms, Hazel, pushing in mountainous area of 800 to 1500 meters.

At harvest, to maturity, it releases very powerful aromas of bitter almond or apricot almond. They resist cooking very well, she perfumes the tureens, sauce funds. Its use requires a good mix

The truffle can be enjoyed raw, thinly or grated, on various dishes.

Bagnoli villages is a small village in the province of Avellino in the Campania region in Italy (East of Naples). It is located on the mountains Piacentini.

Nowadays, Bagnoli it is known through his “Laceno” Lake, which is located on annex part, on top (1’050 Mr.) mountains, whence the production of the black truffle of Bagnoli and the chestnut of Montella.

Each year, at the end of October, about 200,000 people move in this village of 3,500 inhabitants, to participate in the famous

(Feast of the chestnut and the black truffle of Bagnoli”

where everyone can wander through the alleys to taste and buy the present various specialties on a hundred stands, including the fresh truffle, well of course. 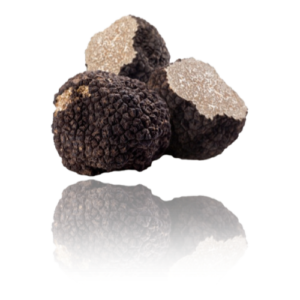 Is harvested generally from May to October. 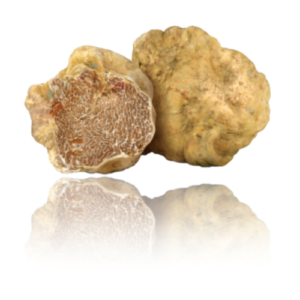 The white truffle grows spontaneously in the South of Piedmont. Alga, common in Piedmont which gives the truffle a denomination of origin. Other project Italian regions are the areas of the high Umbria and the province of Pesaro and Urbino.

It is harvested generally from September to December.

White, marbled appearance, she takes along a color reddish spots on gray background. Her scent makes it unique in its kind, because it is pleasantly aromatic. 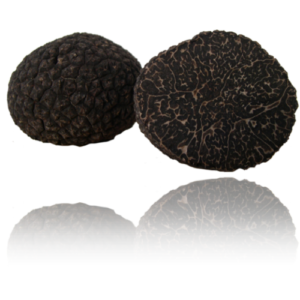 The black truffle or truffle of Perigord, found only in the calcareous soils to a depth of 1 to 15 cm at the base of so-called “truffle” trees (Oaks, hazelnut trees, lime trees, charms…). We found mainly in France, Vaucluse, in the South of the Drôme, in batch and in general in the southeast of France, but also the Morocco, Spain, Italy, Croatia and Slovenia.

Period of maturity from mid-November to the end of March. Mature mid-January to late March.

The black truffle of Perigord has an incomparable smell of undergrowth, Earth and humus, sublimated of roasted nuts. His taste is finely peppered and reminds the already cited smells. 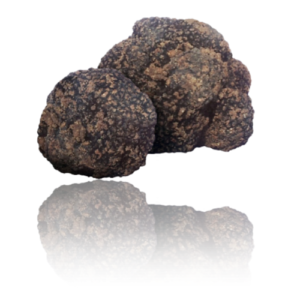 Period of maturity from September to January.

Its scent is very refined. In the mouth, its taste is pleasant and approximates that of hazelnut.

And throughout the year, in order to taste good dishes with truffle without moderation, we offer our product range!